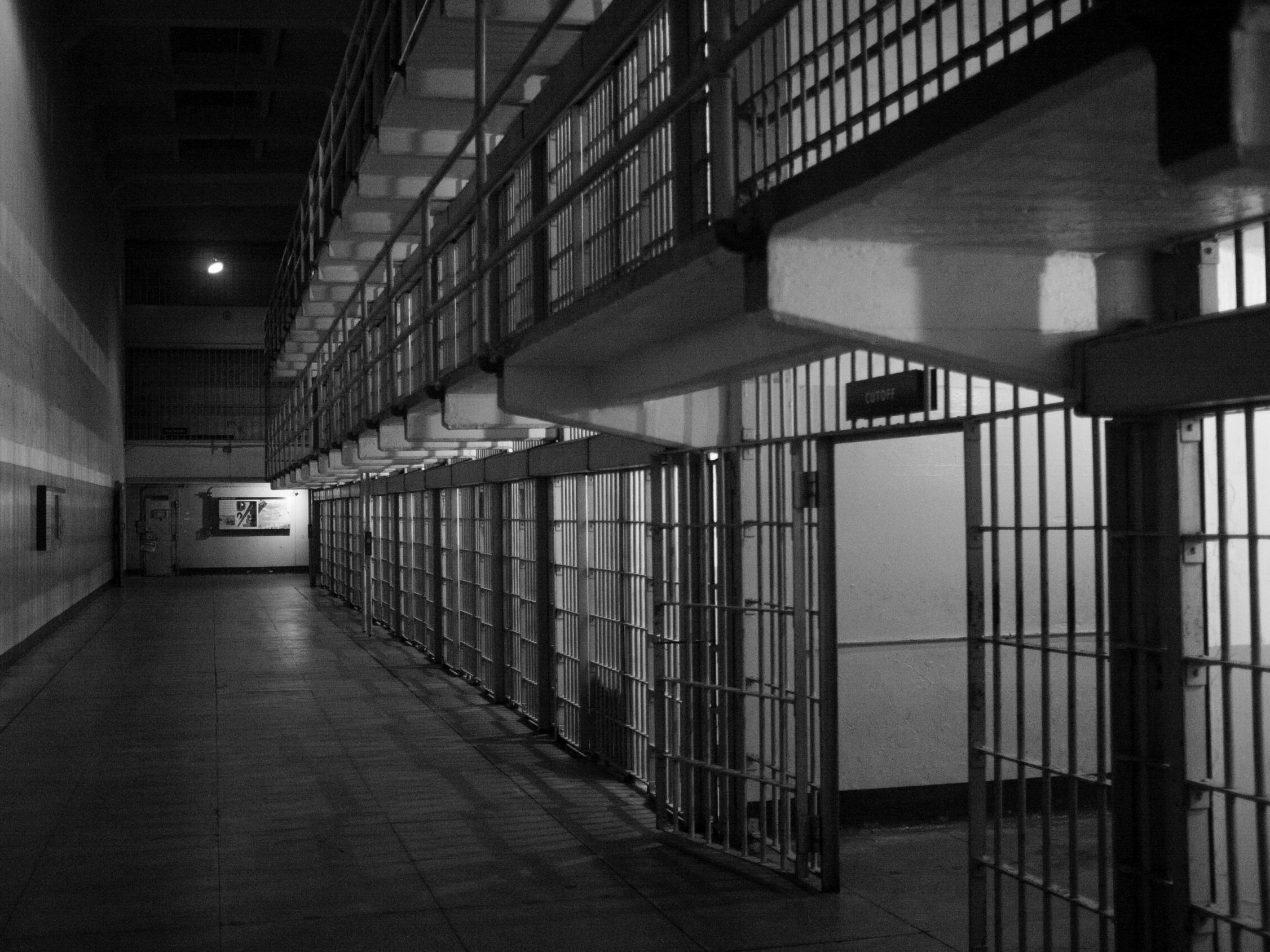 Our names are Garry and Debbie Sorrells. Twenty-nine years after the birth of our beautiful daughter Amy, she was murdered. Our son-in-law, Tim, has also been victimized by this horror. As such, we have collectively worked to address you in this manner. You may recognize our daughter, Tim’s wife, by her married name, Amy Caprio, and recall that she was the police officer murdered in cold blood, in Baltimore County. One of Amy’s murderers is a 17-year-old by the name of Dawnta Harris. Amy was dispatched to investigate a suspicious vehicle in the Baltimore County suburbs. Harris and three of his friends had made the decision to burglarize and terrorize homes in Perry Hall when Officer Caprio intervened. Harris pretended to surrender but body camera footage shows Harris gunned his jeep repeatedly into, and over our Amy, crushing her body and killing her. He ditched the jeep and ran and was later arrested. Amy was murdered in cold blood trying to keep the community safe. Harris was convicted and received a long and deserved sentence. Legislators hailed Amy as a hero. Now, some of those same legislators seek to pass legislation that would have Harris, the murderer of Amy Caprio, tried in juvenile court. If put in the juvenile system, Harris would be out and back on the street no later than his 21 st birthday and with a completely clean record. This after committing cold blooded murder.

The General Assembly, with several pieces of legislation, has apparently decided that “juvenile justice reform” means finding ways to go easier on individuals such as the murderer of our daughter. For the general thought of trying to ‘do something about the juvenile justice system,’ legislators are to be commended. The problem is that proposed legislation they are deliberating does absolutely nothing to help juveniles in the system. Worse, two pieces of legislation they are apparently prepared to pass, and others just like it being deliberated as we speak, puts the lives of every Marylander in jeopardy. With Baltimore City’s murder rate as high as it has ever been, with jurisdictions across Maryland seeing sharp increases in crime, and with a massive shortage in our police force, one might reasonably ask members of the legislature what they could be possibly thinking.

Make absolutely no mistake about it. Senate Bill 53 – The Juvenile Interrogation Protection Act and Senate Bill 165 – Juvenile Court Jurisdiction, if passed into law, will get someone killed in our State. It is inconceivable that legislators appear ready to pass such craziness. If these bills pass into law, the blood of an innocent victim will squarely be on the legislature’s hands when a violent juvenile returns to the streets to do harm.

The Juvenile Interrogation Protection Act would prohibit a law enforcement officer from questioning a juvenile who is in custody until that juvenile has consulted with an attorney or the law enforcement officer has contacted that juvenile’s parent and given them notice. Think about the real-life ramifications of such a bill – one that cannot immediately be found to exist in any State in this Country. If a juvenile decided to commit a mass shooting at a school, law enforcement, upon arresting that individual, would be absolutely barred from asking that juvenile any questions. Questions such as “are there any other shooters out there?” or “have you placed any bombs in the school?” It seems that these are questions that we would want law enforcement to ask immediately on the scene and not have to wait for permission from a lawyer or parent. Inquiring about issues such as the whereabouts of weapons or other accomplices is a critical component of police work. Passing a law such as this puts every single one of us at great risk. It is simply madness.

The Juvenile Court Jurisdiction legislation is equally troublesome, and will permit extremely hardened criminals back out on the streets in a very short time. This legislation would say that every crime – that’s right – EVERY crime committed by a juvenile would first go to the juvenile court with the criminal given every chance to be committed to that system. Those crimes that these legislators feel can be handled in juvenile court include first degree murder, first degree rape, felony murder, second degree rape, first degree rape of a child, arson, car-jacking, mass shootings, terrorism, hate crimes, and so on. Just as long as the criminal committing these crimes is under the age of 18, they will be automatically charged in the juvenile court. And when they are committed to the juvenile system for these crimes, they will have their records completely cleaned at the age of 21. No prison time. No justice. The murderer of my daughter would fall into this category. Does anyone really believe that a brutal murderer such as the one that took the life of our daughter belongs in the juvenile system? Does anyone really believe he should be permitted back on the street with a clean record three years after taking the life of my daughter in cold blood?

Let us provide you with another recent example. In the early morning hours on July 24, 2011, 17-year-old Katelyn Messina was murdered by gang members Elrich Smith, age 18, and Ryan McLean, age 17. The murder was brutal and something no parent should have to live through. Katelyn’s friend, Darnell Hill, was also shot and critically injured. He has since passed. At the time of Katelyn’s murder, Ryan McLean was 14 days shy of his 18 th birthday. Katelyn and Darnell were both shot with handguns in the area of Stansfield Road in Baltimore County.

And there are countless other examples with equally horrifying crimes committed against victims from our community. So why, might you ask, would the legislature want to pass such laws. The answer comes down to two words. Special Interests. These special interests include groups that parade around the halls of Annapolis under the guise of advocates for criminal justice reform. They include the ACLU, at times, as well as the Open Society Institute and a bunch of other paid-for groups. Last year, these same groups protested outside legislators’ homes when their wives and children were there in order to bully legislators into getting their way. They attack legislators on twitter and in the media constantly in order to force their view of the world. And their attacks are sadly having success. The success of these fringe special interests in Annapolis is leaving each and every one of us more vulnerable to becoming the next crime victim – or like us – the grieving family of one.

Juvenile justice is an incredibly important issue. Getting juveniles back on track when they have committed criminal offenses is critical to ensuring public safety. Legislators should look to solutions such as greater access to counselors and mentors and education when kids are in out-of-home placement or placed in the community. Dawnta Harris had been released on Home Detention, assigned an ankle monitor, and left to his own devices at the time of Amy’s murder. This was a miscarriage of Juvenile Justice. Facilities should be well-run and decisions should be based on data-driven outcomes.

The system should treat kids early when they display delinquent behavior. But when they cross the line into committing offenses such as rape and murder, they no longer should be treated as a child. Unfortunately, in Maryland, the approaches being taken by our current legislature does absolutely nothing to advance our juvenile justice system. They simply make it impossible for law enforcement to do their job in protecting the community, and easier for hardened juvenile criminals to prey on innocent Marylanders without consequence.

We urge the Legislature to return to some semblance of common sense. Putting murderers on the street, such as the one that murdered our Amy is not compassionate – it is sheer madness. And putting the lives of Marylanders at risk doesn’t make you ‘progressive’ – it makes you incompetent. You owe it to the countless victims of violent crime to say no to these special interest groups and defeat these outrageous pieces of legislation.