The Maryland General Assembly voted on Saturday to override Gov. Lawrence J. Hogan Jr.’s vetoes of abortion access and paid leave bills, enacting the measures into law. The bills were among 10 measures a Democratic supermajority in the legislature enacted over the Republican governor’s objection on Saturday. House Bill 937, titled the Abortion Care Access Act, was overridden in the House of Delegates by a vote of 90-46, and in the Senate by a vote of 29-15.

Hogan Highlights Maryland’s Stance On The War In Ukraine

Gov. Larry Hogan used his social media account to draw attention to Maryland’s stance on the war in Ukraine on Sunday. He announced on Twitter that he, as commander in chief of the Maryland National Guard, would continue to stand with America’s allies, which include the citizens of Ukraine, Estonia, Bosnia, and Herzegovina. Hogan has publicly shown support and empathy for the plight of the Ukrainians since Russia invaded the country and began bombing it on Feb. 24. Since then, he has taken many steps to break ties with Russia.

Sen. Edwards Prepares For His Farewell: ‘I Never Thought I’d Be Doing This This Long’

A couple of weeks ago, state Sen. George C. Edwards (R-Garrett) appeared virtually in the House Health and Government Operations Committee to present one of his bills. Del. Samuel I. Rosenberg (D-Baltimore City), who entered the General Assembly at the same time as Edwards, in 1983, asked the senator if he remembered the first bill he introduced. “I said, ‘Sandy, I can’t remember what I did last weekend, let alone 40 years ago,’” Edwards recalled replying. A few days later, Rosenberg testified on a bill before the Senate Budget and Taxation Committee, where Edwards serves, so Edwards thought he’d asked his former House colleague the same question. Rosenberg described his first bill in great detail.

The Maryland Senate gave tentative approval late Friday to two measures that top officials in Baltimore and Prince George’s County have been pursuing since the start of this year’s legislative session. One of the bills — House Bill 896 — would authorize the Maryland Stadium Authority to perform $1.2 billion in upgrades to the city’s professional sports stadiums. The funding would be evenly divided between Oriole Park at Camden Yards and M&T Bank Stadium, home of the NFL’s Baltimore Ravens.

A bill to accelerate Maryland’s transition away from fossil fuels will become law, setting goals to cut the state’s greenhouse gas emissions 60% below 2006 levels by 2031 and virtually eliminate the state’s carbon footprint by 2045. The legislation had been widely expected to appear on a list of vetoes Gov. Larry Hogan presented Friday evening, ahead of the General Assembly’s adjournment for the year on Monday. Hogan had called it a “reckless and controversial energy tax bill” as soon as floor debate began in the Senate last month, though it doesn’t actually include any tax policies.

Prince George’s County Council member Derrick Leon Davis is resigning from the 6th District council seat, effective April 15. Davis, who has served on the council since 2011, issued a statement Friday saying the time had come to “rest, restore and prepare for the next leg of this journey,” but did not say why he is resigning or what the next step in that journey would entail. In the fall, Davis was at the center of a controversy over a redistricting plan for the county council. 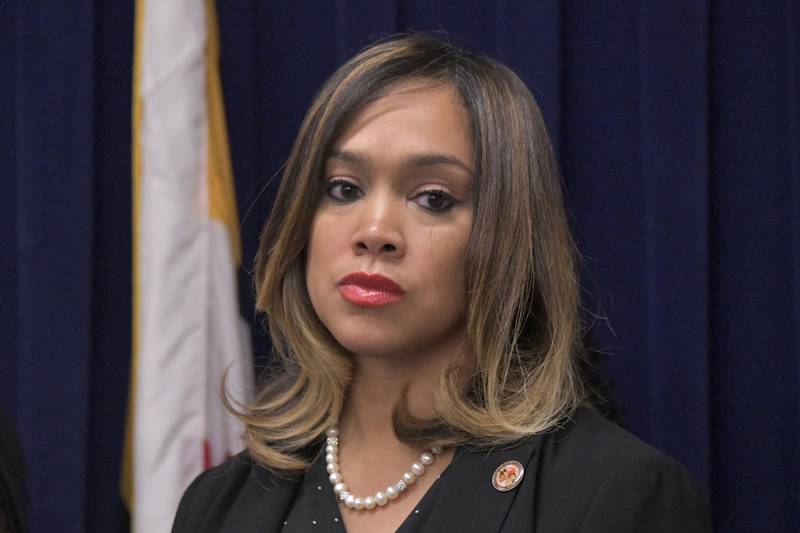 State’s Attorney Marilyn Mosby – who has not formally declared her candidacy but has been raising money, rallying supporters and stockpiling lawn signs – brought her message to Roland Park last night. Before the monthly meeting, some members, tried to talk Claudia Diamond, president of the Roland Park Civic League, out of letting the city’s indicted top prosecutor come.

Qualifications for top government officials were at the center of debate on the Senate floor Thursday evening — and in an unusual move, a bill to require additional expertise from future Maryland secretaries of Aging was sent back to committee after lawmakers objected, saying the changes could interfere with Senate’s role in confirming or rejecting nominees.

The Maryland House of Delegates on Thursday rejected a bill that would extend the gas tax holiday. Washington County Republican Delegate Brenda Thiam proposed the amendment which would have extended the holiday into Memorial Day Weekend. Comptroller Peter Franchot on Wednesday also called on lawmakers to extended the gas tax holiday another 60 days. Franchot noted that prices are still high and the holiday has attracted drivers from other states.

As a Supreme Court justice with Maryland ties is confirmed, area residents look on with pride

Chamyra Upshur said that as a child she didn’t have role models to look up to. Upshur, a second-year law student at the University of Baltimore School of Law, said Ketanji Brown Jackson’s confirmation as the first Black woman to serve on the U.S. Supreme Court will motivate her to work harder. “Everyone deserves representation. And for African Americans, it’s very rare that we see attorneys who look like us, who understand the things that we value and will ask the questions to protect our interests,” said Upshur, who grew up in Milton, Delaware.