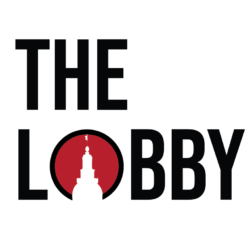 In episode 38 of The Lobby, Damian comes to you from the biggest lobby in Maryland, the MACo Summer Conference in beautiful Ocean City. This is part 5 of a multi-part series with leaders from around Maryland at the biggest gathering of elected officials and insiders in the state.

For part 5, Damian joins the legendary Senator Frank Kelly on a very special day to discuss his philosophy of surrendering to win. Join us for a retelling of how Senator Kelly met his wife, battled alcoholism, and made his mark on the Maryland medical system. Then, stick around for a look at his family’s next generation, and their passion for lacrosse.

We hope to see you soon in The Lobby.