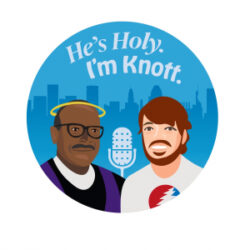 Rev Al and I are so excited to release this great conversation with Nina Noble. She’s an Emmy Winning Executive Producer.  She is the Executive Producer of the new hit series on HBO, We Own this City.  As a Baltimore resident this isn’t her first time around the block in Baltimore, Nina also played a huge role in two HBO Series, The Corner, and The Wire.