Could virtual learning continue in Howard County post-COVID? For some students, the answer may be yes.

Howard County schools Superintendent Michael Martirano believes the coronavirus pandemic has taught the system several lessons. The biggest one, which he’s repeated for the past 11 months, is that “there’s more to the educational process than curriculum” — something he says when emphasizing the importance of in-person learning. However, he also recognizes there are some kids in the 57,000-student school system who have fared better in a virtual environment than they did before the pandemic.

Two former employees at the all-boys Gilman School have been accused of sexually abusing students — one for decades — according to an investigative report commissioned by the school and obtained by The Baltimore Sun. The report, released in January, also records instances, dating from the 1950s through 2008, when Gilman officials were apprised of allegations but did not investigate further, did not alert community members or did not pursue prosecution.

Maryland has launched a new Covid-19 vaccine “equity operations plan” that will focus on ensuring the state’s coveted doses are being distributed as equitably as possible across the state. During a Thursday press conference, Gov. Larry Hogan and Maryland National Guard Brigadier Gen. Janeen Birckhead discussed the details of the new plan, which will be led by the state’s Vaccine Equity Task Force. Hogan said the goal is “to get more vaccines to people in every community who need them most” and will aim to direct vaccines to the most vulnerable and underserved communities across the state, namely minority communities which have been hardest hit by the Covid-19 pandemic. 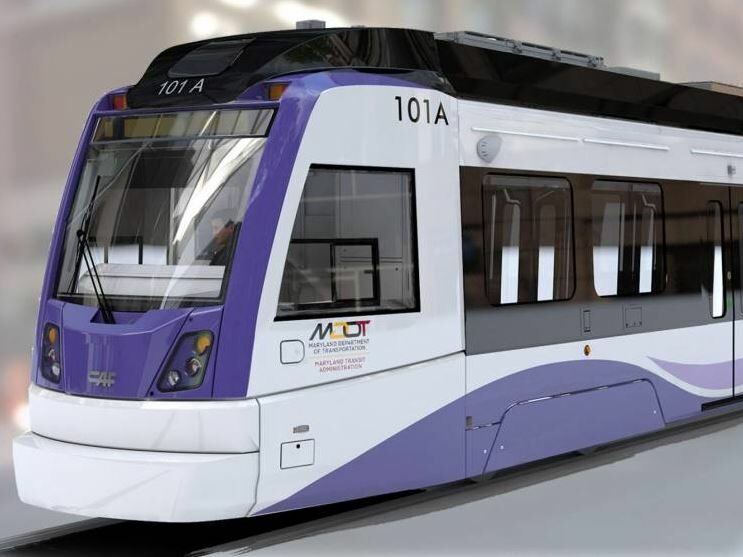 After losing its prime subcontractor in a dispute over cost-overruns, the consortium building the Purple Line is one step closer to finding a replacement. Five construction companies expressed interest in picking up where Purple Line Transit Constructors left off when it quit the light rail project in September. Purple Line Transit Partners, the Riverdale-based consortium responsible for the project, has deemed three of them qualified to submit a formal bid.

Two days before the state will recognize the one-year anniversary of its first coronavirus infections, more than 900,000 Marylanders have received at least one dose of vaccine. Here’s where Maryland’s stands with the virus as of Wednesday morning. Maryland reported 786 new infections Wednesday morning, bringing the total count of confirmed infections in the state to 383,956. Of those, 100 have been the various COVID-19 variants that have emerged in recent months, according to the U.S. Centers for Disease Control and Prevention.

After a snow-filled February in Carroll County, how much has been spent on snow removal and how much remains?

March weather in Carroll County is famously unpredictable and even within the county winter precipitation can vary. Sudden winter storms require a fleet of snow plows, salt trucks and drivers on short notice. Sometimes, lots of salt. Though the weather is currently warming after measurable snowfalls each week in February that kept the grass, and often the roads, snow-covered, the Times checked in with all of Carroll’s municipalities and county government to see how much money has been spent on snow removal and how much is remaining in the event of a March surprise.

Student-athletes and their parents are disappointed after Baltimore County once again postpones the start of the fall sports season, which was set to finally start on Friday. Now, parents are putting pressure on the school system to do an about-face. This has been a very controversial issue, even though athletes are back on the field for practicing actual sporting events are being held up. The fall season, set to start in the spring, appeared to bring a ray of hope for athletes and their families, that was until the school system put on the brakes.

Howard County’s coronavirus numbers are the best they’ve been since October. The metrics have been improving in the county, state and country for the last seven weeks, and the recent marks Howard County has dipped under are significant for multiple reasons. Two key numbers that public health officials and local leaders use when assessing the spread of the virus — weekly positivity rate and weekly average new-case rate — have both fallen precipitously and are now lower than they’ve been since the fall.

One year on the front lines: How COVID has changed hospital operations and tested the system

Leslie Simmons of LifeBridge Health joins Bob Atlas of the Maryland Hospital Association to discuss ways every local hospital has adjusted during the pandemic.

Unions representing Baltimore County teachers and support personnel are asking a court for a temporary restraining order and injunction against the public school board, alleging violations of the Americans with Disabilities Act. The Teachers Association of Baltimore County and the Education Support Personnel of Baltimore County filed the complaint Feb. 26 in Baltimore County Circuit Court. The unions contend school system leaders instructed staff to return to school buildings amid the COVID-19 pandemic, but refused to consider telework requests from those with underlying medical conditions.