The Orioles don’t seem to care what you think. On Wednesday, the team — meaning CEO and Chairman John Angelos and whoever he might have asked for input — decided to decline the option in its lease with the Maryland Stadium Authority that would have extended the agreement by five years. That choice, which leaves 11 months on the current deal that has existed since Camden Yards opened in 1992, does nothing to back Angelos’ claims about his intent to keep the team in Baltimore nor calm fans concerned about another professional sports team leaving the city.

How to create a retirement glide path

In investing terms, a “glide path ” describes how a mix of investments changes over time. Typically, the mix gets more conservative — with fewer stocks and more bonds, for example — as the investor approaches a goal such as retirement. You also can create a glide path into retirement by making gradual changes in your working and personal life in the months or years before you plan to quit work. Retirement can be a jarring transition, especially if you haven’t set up ways to replace the structure, sense of purpose and socializing opportunities that work can bring, says financial coach Saundra Davis, executive director of Sage Financial Solutions, a nonprofit financial education and planning organization in San Francisco. 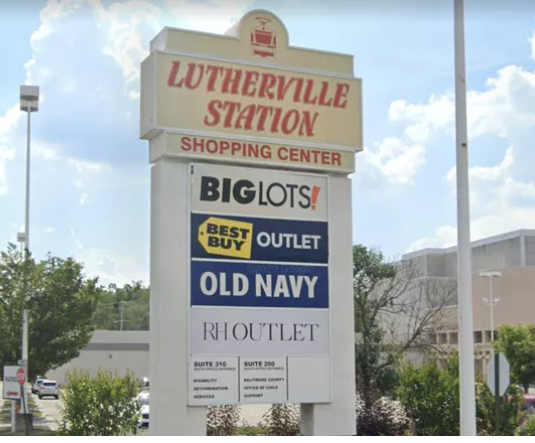 Amid opposition to the proposed Lutherville Station redevelopment from some nearby homeowners, I would encourage individuals who live in the area, less than 5 miles away from a large U.S. city, to closely consider the broader historical and geographic context of what exactly they have bought into. As far back as 1967, Baltimore County had the environmental sustainability foresight to establish an Urban-Rural Demarcation Line to “maximize the efficiency of County revenues on infrastructure in urban areas and preserve important natural and agricultural resources in rural areas.” Fifty-six years later, the Lutherville Station site is next to a rail transit stop, in a county with an urban-rural demarcation line (URDL), a few miles away from Baltimore — a key Northeast Corridor city that seeks growth, in part through expanded infrastructure investments, including a more robust metropolitan-area transit system.

Rodricks: Angelos Agonistes, the Mosby Matter and the stuff of Shakespeare

The Shakespeare canon would not exist had the deeds of its many characters — mad kings, rivalrous offspring, treacherous lords, treasonous courtiers — never been exposed or imagined. We would be deprived of understanding much of human nature had Shakespeare’s storytelling been restricted, by some supernatural force, to the fanciful and Arcadian, that is, no hatred, no tragedy, no “fall of man.” But, as the bard said, “All the world’s a stage,” and the thing that animated any of Shakespeare’s tragic plays — jealousy, prejudice, love, revenge, egomania, lust for power — remains alive right here in 21st century Baltimore. For evidence look no further than to spectacles playing out in our courts: Angelos Agonistes and the Marilyn Mosby matter.

Anger, aftermath and hope: Following threads of violence in Annapolis

Inside an American Legion hall, angry moms asked for better security four days after a killing in their neighborhood. They also sought help with cramped living conditions during agonizingly slow renovations. Across town, artists gathered in Maryland Hall to celebrate the opening of an exhibit inspired by death. And at a community rec center, a group of interns relaunched a program aimed at helping their community deal with violence. These three gatherings in Annapolis on Thursday night might seem like unrelated events linked by a coincidence of calendar. But they also were tied by the thread of gun violence, by people striving for change. I followed that thread in hopes of finding some meaning. Here’s what I found.

For all its challenges, Baltimore is still where it’s cooking

On Jan. 25, the James Beard Foundation announced its annual award semifinalists. Often described as the Oscars of the culinary scene, a Beard Award can make or break a chef. Baltimore fared exceptionally well with three contenders. Two were for best chef in the Mid-Atlantic region: Chris Amendola of Foraged and Steve Chu of Ekiben. And Charleston, a frequent contender in fine dining awards, was listed for “Outstanding Hospitality,” a category sponsored, oddly enough, by American Airlines.

Shortly after the Memphis Police Department released video Friday night showing five of its officers wildly beating the life out of an unarmed, 29-year-old, amateur photographer named Tyre Nichols, the president of Maryland’s Fraternal Order of Police issued a statement. “What I witnessed in that video was horrific. It was a barbaric assault on another human being and is sickening,” the statement from Clyde Boatwright said. “This does not represent policing or the men and women who wear a badge and dutifully protect their communities. I hesitate to even call these men police officers, because what I saw on that video is not policing.”

We are waking up to the dangers of toxic “forever chemicals” called PFAS (Per- and polyfluoroalkyl substances) and the sources of these dangerous compounds. A recent alarming discovery: common pesticides, which are sprayed across our communities, farms, health care facilities, playgrounds, and schools, contain high levels of PFAS. “If the intent was to spread PFAS contamination across the globe, there would be few more effective methods than lacing pesticides with PFAS,” said Kayla Bennett, research director for Public Employees for Environmental Responsibility.

At 7:01 p.m. Friday night I heard the breaking news alert on my phone that signaled the public release of the video showing five Memphis Police officers beating, restraining and ultimately killing 29-year-old Tyre Nichols. At 7:02, I put on my headphones, turned up the music and blocked it all out. I would not watch the video and again participate in the continued traumatization of the Black American psyche.

Beaten Black and blue: Tyre Nichols did not have to die; Memphis officers had options, but chose brutality

Back in 2015, after the death of a 25-year-old Black man named Freddie Gray, injured while in the custody of police, there were extensive discussions among law enforcement, politicians, activists and religious leaders about the implementation of police-worn body cameras. I remember it vividly because it was a very tense time, and I was involved in some of these conversations. Many good-hearted people believed that technology and readily available video of interactions between officers and citizens would be a game changer and bring an end to police violence in the community, but here we are again.